When Leianah “Lala” and her family moved into their new house, she started thinking of the ways she could make her room her own. But within six months, her family’s focus shifted completely.

“We noticed she was growing really fast and started limping,” said her mom, Rachel. “We thought she could be having growing pains, but as a mom, I knew something wasn’t right.”

After many appointments and follow-ups with doctors, Lala went into surgery for her leg on her 11th birthday.

“It was supposed to take three hours but 45 minutes in they called me in and said they found cancerous cells,” said Rachel. “She was diagnosed with Osteosarcoma and started chemo the following week.”


With her surgery and her chemo making movement difficult, Lala started playing video games to pass the time. During her year of treatment, it became one of the few things that brought her joy.

Lala’s wish – to have her own gaming computer and set up in her room – was just what she needed to regain her independence.

“She was always using my work laptop or her brother’s computer and I could tell it was, hard for her to rely on us for everything,” said Rachel. “The wish was perfect for her because video games have given her a way to escape her treatments and the world she’d gotten so used to.”


On her wish day Lala returned home from a doctor’s appointment to see the front of her house decorated.

“My wish granters planned a surprise reveal and brought me a sushi lunch!” said Lala. “I really liked the sushi because it’s my favorite food and I couldn’t eat it the whole time I went through chemo. I did not expect any of it at all and was really surprised.” 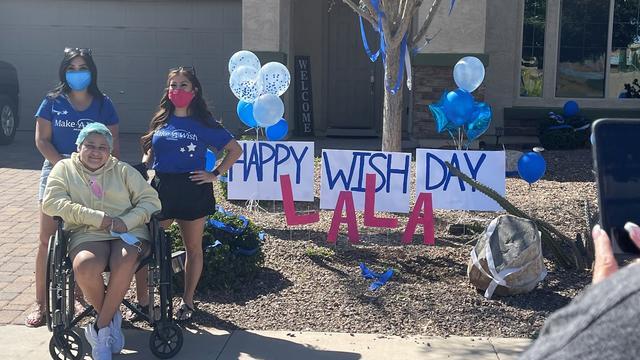 Lala’s gaming setup includes a new computer and keyboard, plus fun swag like a headset, microphone, and gaming chair.

“The first thing I did was download all of my games,” said Lala, who enjoys playing Roblox and Genshin. 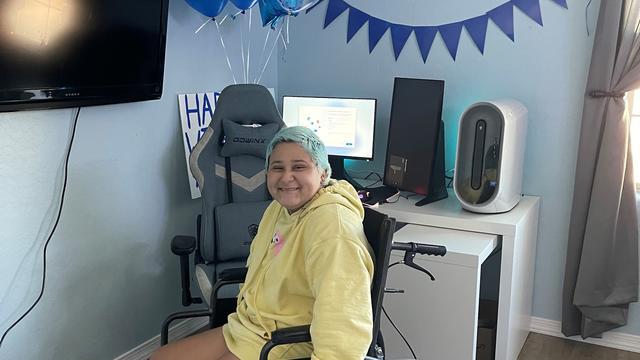 “I also played a game with my brother the first night and he was happy I got my own computer because now I don’t have to use his,” she said with a laugh.

Today, Lala is nine months cancer-free and all her scans are clear.

“As she is healing, it is really cool for her to have her wish and we are grateful for everything that Make-A-Wish did for Leianah.”