“I wish to go to the John Deere factory” 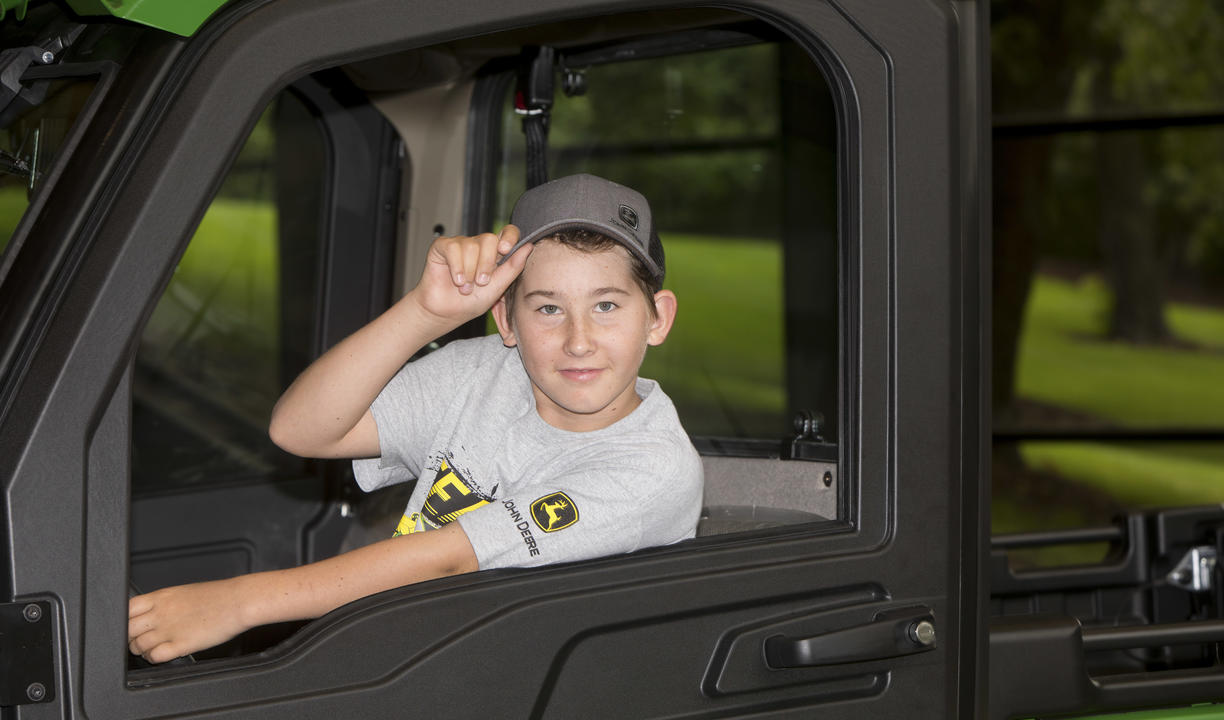 When asked to describe their son Westyn, his parents use words like “resilient and loyal,” not unlike his favorite mode of transportation – the John Deere tractor.

Coming from a long line of farmers, Westyn was raised on the iconic green of John Deere.

“He’s been around this equipment from day one and used to ride tractors with his great-grandpa,” said Dustin, Westyn’s father. “Before his cancer diagnosis, Westyn even learned how to run a skid steer.”

Running a skid steer was no problem for the 10-year-old, but his rare kidney cancer demanded a different kind of concentration.

He needed weekly chemotherapy and additional radiation therapy. But it was the separation from his younger brother Aceyn, that was the toughest on Westyn. The two are inseparable. -Dustin Westyn's dad

When Westyn was told he would receive a wish, he had two conditions, “I want to go to John Deere and Aceyn needs to come with me,” said Westyn. Westyn being naturally shy knows he can count on his little brother for support when talking is involved.

Knowing his wish would come true got Westyn through his treatments and gave him something to look forward to for his future. "It was a long road getting to this point,” said Dustin “But Westyn knew visiting John Deere was his wish."

Traveling to Illinois to visit the John Deere headquarters and factory quickly overwhelmed the shy Westyn. 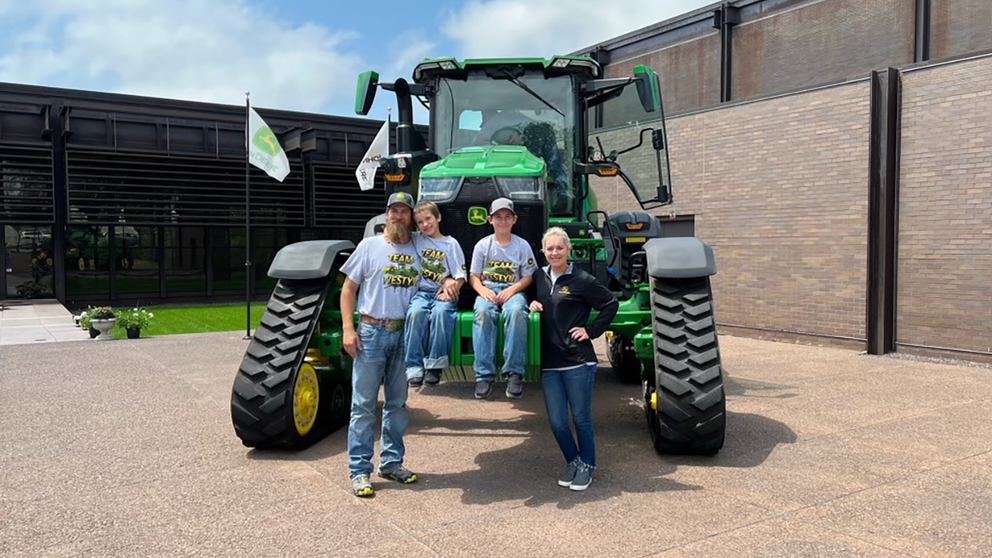 "I don't think Westyn really understood what this wish would be until we rounded the corner and he sees nothing but a John Deere sea of green. The kid frickin’ lit up! That's when it hit him. The emotions were overwhelming and having Aceyn to support him was a godsend,” said Dustin.

Westyn and his family were greeted with a gigantic welcome sign by several John Deere employees. The family also was provided special Team Westyn shirts and buttons to wear on their tour. Each department of the factory had their own special way to celebrate Westyn including a precision-cut sign made just for him and a van full of John Deere toys!

“Seeing Westyn come out of his shell and interact with people was a proud moment,” said Dustin.

“At times we are still at a loss for words. This experience is what Make-A-Wish is about, making once-in-a-lifetime experiences possible for kids like my Westyn.”

Westyn is now in remission and has a bright future ahead, teaching others to skid steer with John Deere. 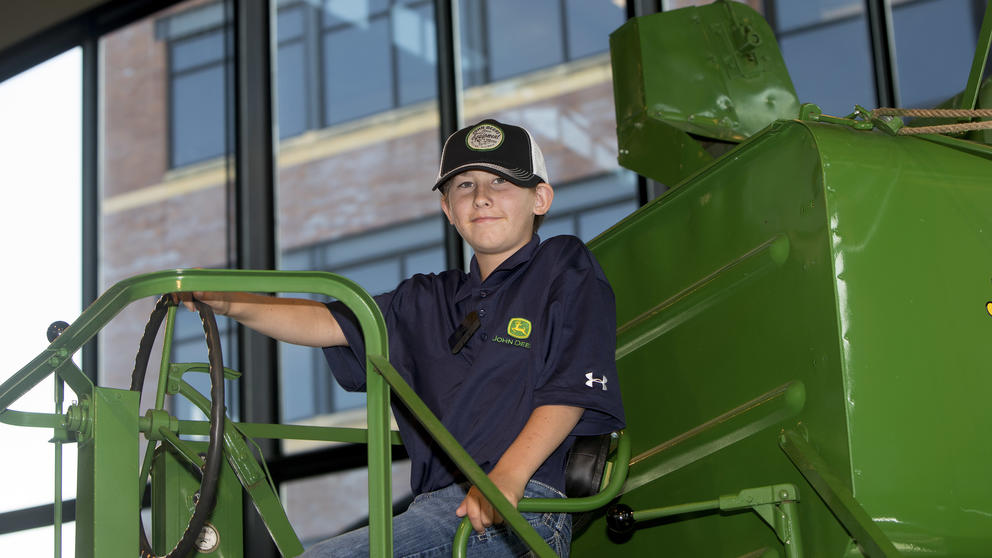 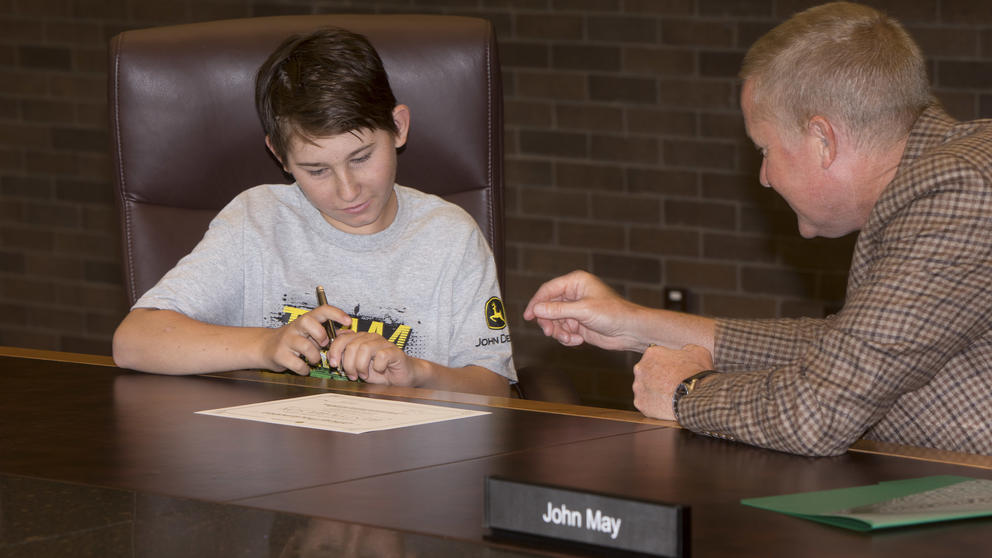 The wish has given him a path. Something he can focus on and John Deere can be a lifelong pursuit. We think he found where he wants to work one day.